Bhel is one of those dishes that my mother makes very rarely, usually when we have some family around for a casual Sunday lunch. My cousin here in Delhi refers to it as “junk food”. I will just refer to it as Bhel.

It’s from the family of Chaat, which is basically snack food. I believe Bhel originated from Gujarat (which is where I am from), but it is now quite famous in Mumbai.  As can be seen by this cart. 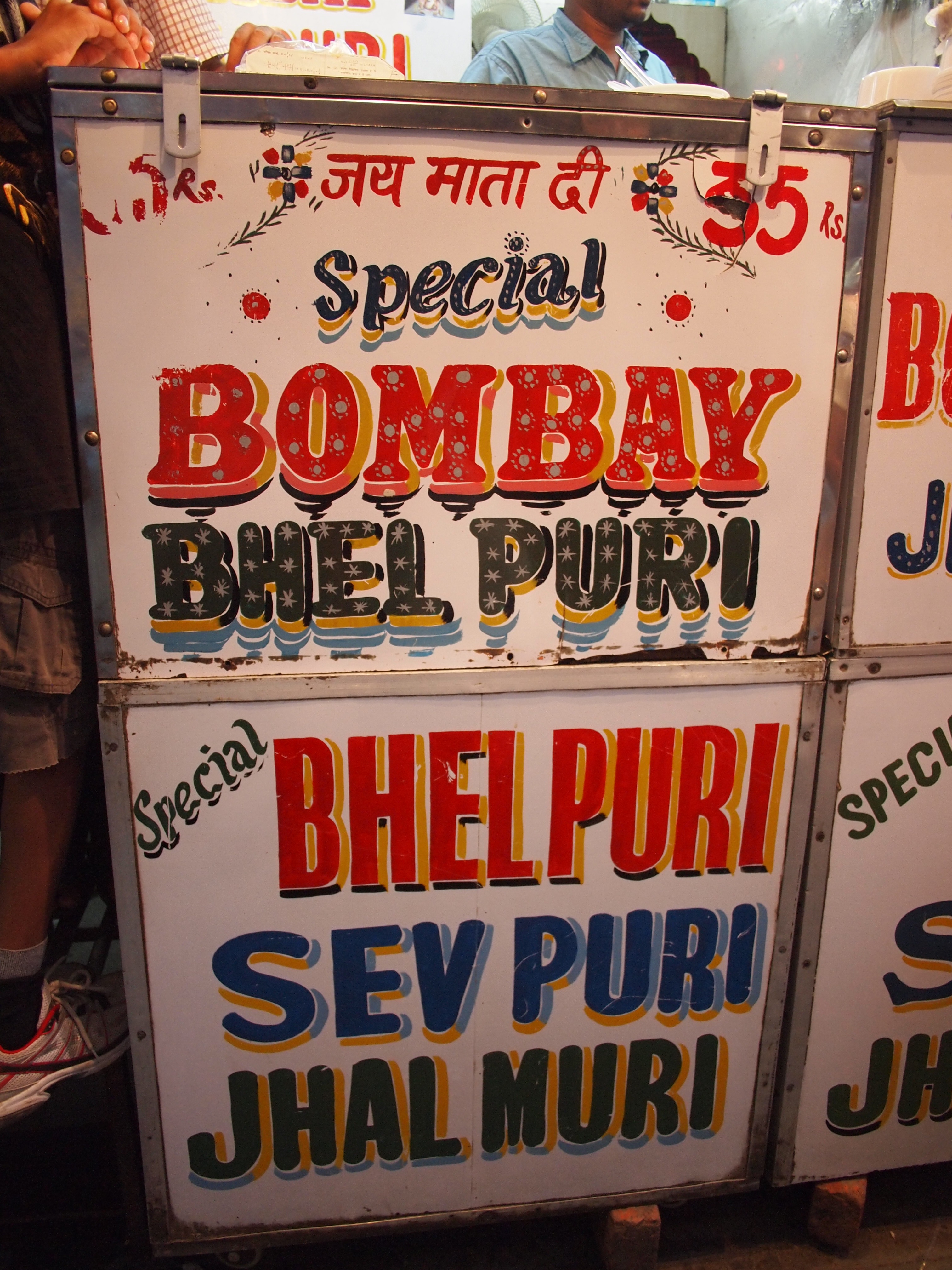 To me, it’s a mixture of crunchy goodness with the tang of tamarind. Its made with puffed rice, some sev and masala. My mother also makes it with boiled potato and channa, with some chopped tomato and onion thrown in for good measure. Green chutney (of chillies and coriander) are thrown on top, and there you have it. 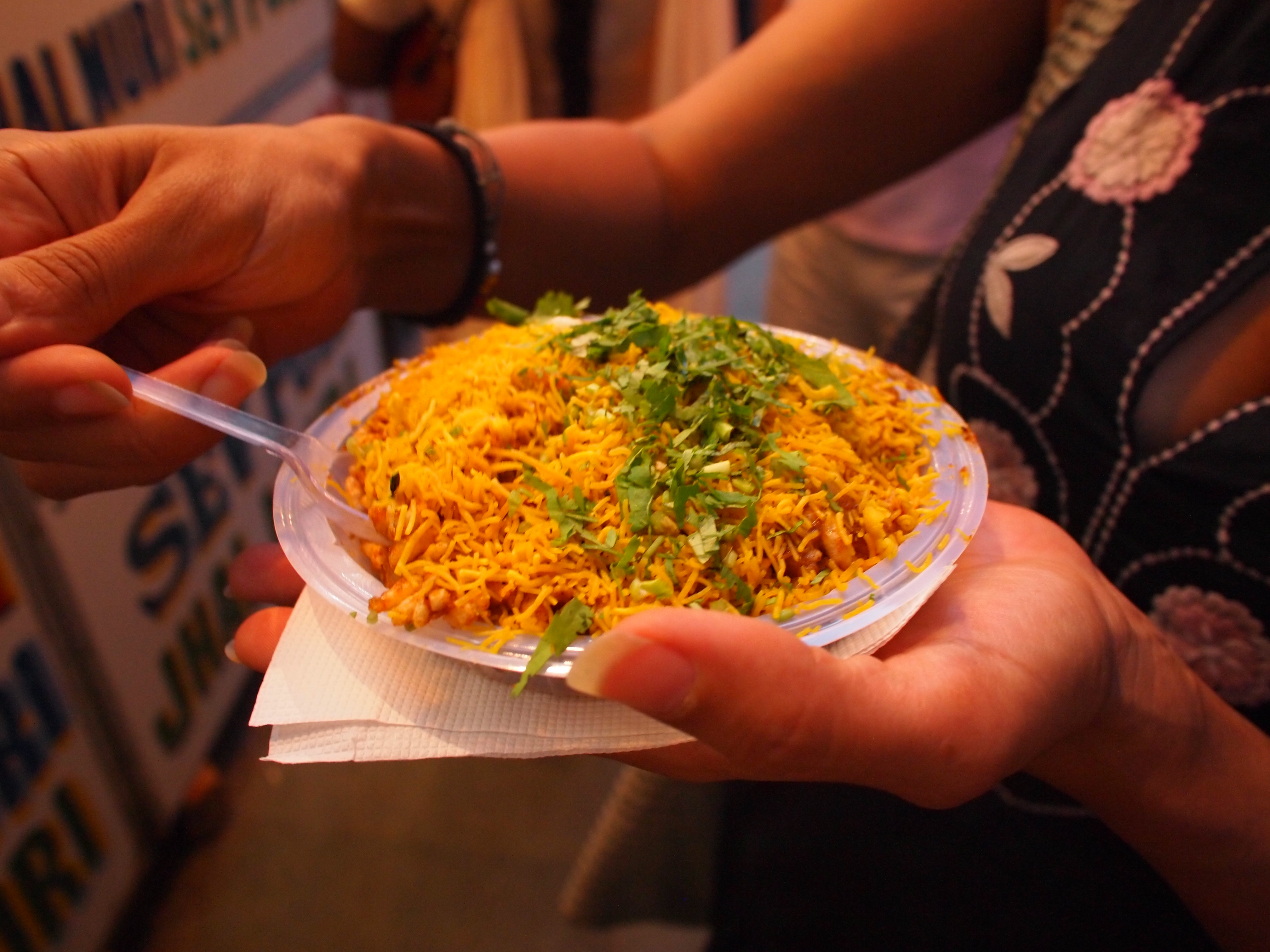 My cousin had a hankering for some Bhel, and I was keen to wrap my mouth around any of the scrumptuous street food I could, without getting sick. So we headed to the South Extension, not too far from home for some recommended Bhel and fresh juice.

We ordered a couple of spicy bowls, and a couple of mild ones (for the children), and waited a few minutes whist they were made.  Bhel has to be made up on the spot, otherwise it will get soggy.  It is no fun eating Bhel after its been left to soak in all the tamarind, it has to be crunchy.

As we waited, I ordered a pomegranate juice, such a luxury to have such beautiful fresh juices.  I haven’t seen pomegranate juice anywhere else except Israel.  It was rich, deep magenta and very refreshing.

Once Bhel is up, its time to quickly shovel it in.  No time to wait, its great.  Crunchy, spicy and tangy all at the same time.

Here’s my cousin, digging in to her junk food.  What a Sunday evening treat! 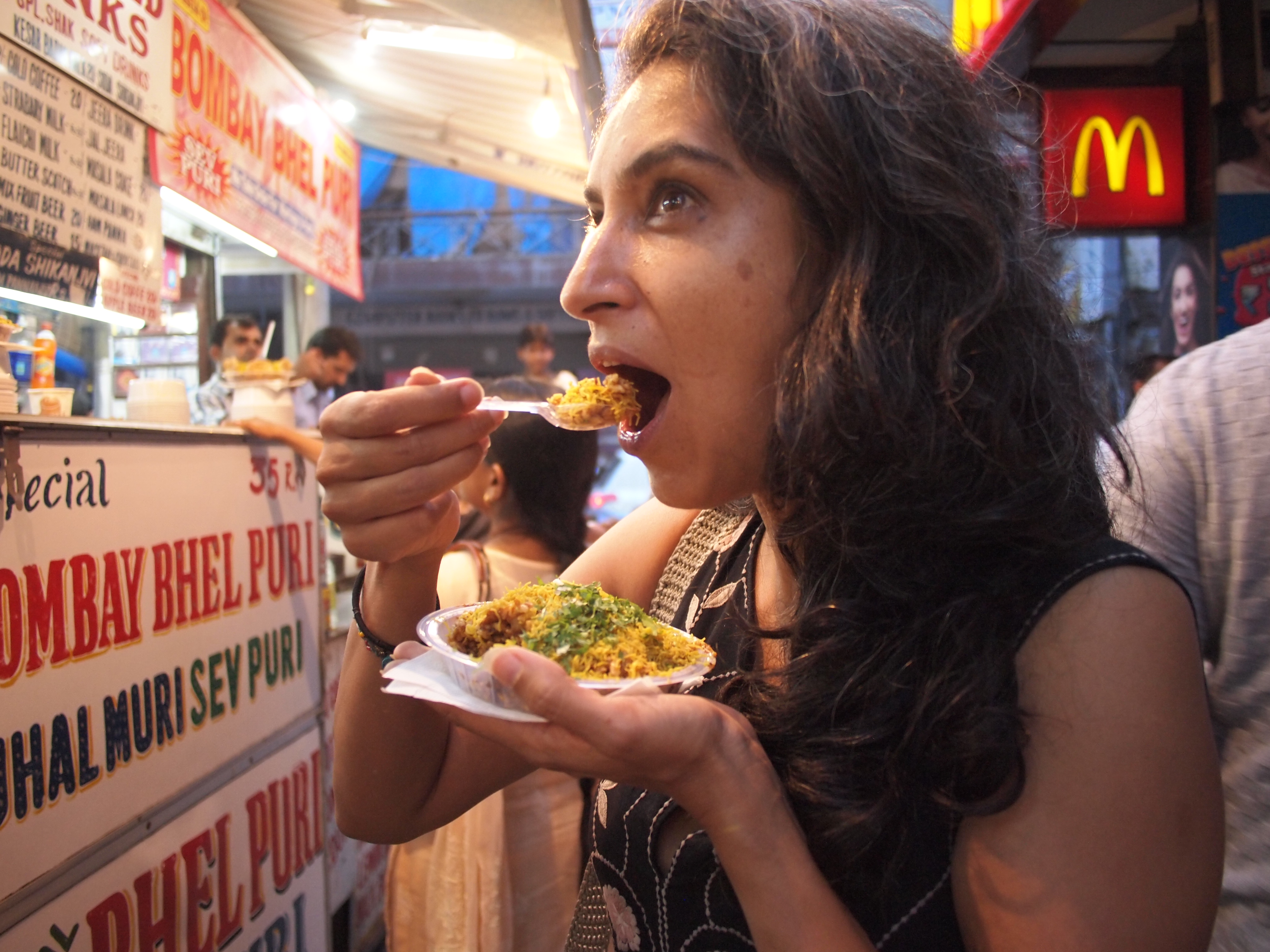