Whilst I have moved to India permanently, it has only been two months and I am still a foreigner in this country. For a foreigner India is a land of contradictions, frustrations and challenges.  She is also a country that has so much to offer and teach the Western world. Here are my top 5 things that I believe India does so much better than the West:

In a country where the majority live close to or in poverty, where public infrastructure is lacking and political corruption is rife, the staunch pride that Indians have in their country astounds me.  It doesn’t matter what they do not have, her people still consider India the best place to live.

What is different about India, is that people don’t just say they live in the best place, they truly believe it. For example, I have had some rather interesting discussions with locals who are adamant that India’s facilities are far superior than the rest of the world.  These discussions have included the mobile phone network (3G is only just becoming available in India, at the same time 4G is rolling out elsewhere), health system (for many this is non-existent with health issues exacerbated by the lack of clean water) and banking system (it took 6 weeks for a SWIFT payment to be credited in my Indian account).

Don’t get me wrong, I am not saying that this fierce pride isn’t justified, there are many things in India that are fantastic.  The people and their attitude towards their country being a stand-out. It’s a refreshing change from the apathy that pervades so many western countries, it is hard not to be taken in by the infectious affinity that Indians have with their home.

India is not just one country but hundreds, with every town having it’s own dialect and more importantly, specialty cuisine. As an amateur foodie, I just love tasting new things.  From the richness of a Palak Paneer in the north to the sublime feast of a masala dosa in the south, Indian food has something to make anyone drool.

My personal favourite is the Thali, a personal banquet delivered on a silver platter. Normally delivered with a vegetable curry or two, some dahl, curd, pickle, rice, chappati and papad.  There is so much I could say here, but I think this dish deserves its own post, which I promise to do in the future (after I have eaten a few more thalis).

Every meal is a new experience, even for staples of Indian cuisine like Dahl, there is no such thing as a standard recipe.  Every dahl is different, from sweet and smooth in Gujarat to creamy and thick in Punjab. Each cook has their own recipe and it’s a sensation to my taste buds every time.

Family is still a strong thread that holds together society, unlike many western cultures where the concept of urban families has evolved away from blood lines.

I have stayed with two different family members here, and whilst I have only met both of them a couple of times, I have been welcomed in like the prodigal daughter. My cousins are my siblings, and their children call me aunty (or more accurately Massi or Fay). On several occasions, I have had to call on them to help me through some challenges (like getting that deposit credited to my bank account) and nothing has been too much trouble. Like watchful parents, they both call me every so often just to make sure I am alright. It is very comforting.

In India, many families continue to live together into adulthood, it is not unusual for three (or more) generations to reside under the same roof. I remember watching an interview with Aishwariya Rai Bachchan (the former Miss World for those not familiar), where she talked about how she lives with her in-laws and they always share the evening meal when they are in town.  In Australia, living with your in-laws is usually only done out of financial necessity, certainly not a problem faced my Mrs Bachchan.

There is a constant mood of festivity in India.  In the street, at home, anywhere you go there is a religious festival, music playing or people gathering.  In a country where so many have so little, it never ceases to amaze me how much celebration is part of the culture.  Festivals are not just token holidays and an excuse for a sleep in, but rather a reason for real soulful joyfulness by all.

On a visit to Mumbai a few years ago I recall the main arterial street into town being completely shut down two nights in a row.  The first night was for a religious festival called Ganpati. Over the course of hours, a procession of floats proceeded to Chowpatty beach to immerse their idols in the bay.  Thousands lined the street and stood on their cars to watch the procession and participate in this spiritual event.

The next night I was unfortunately stuck in the traffic for 3 hours as crowds flocked to the beach carrying Indian flags, dancing and cheering.  Hundreds of cars had stopped on the road and many were on top of their cars cheering and dancing.  This was a religious event of sorts… India had beaten South Africa (I think!)  in the 20/20 cricket series.

It doesn’t matter how big or small, if there is a reason to celebrate, everyone young and old readily gets involved in the festivities.

5. Colour
On the movie posters that cover the street corners, in the markets, the spices, the trees, colour is everywhere in India.
The two things I love the most are the women and the vegetation.  The woman are dressed in beautiful sarees coupled with glittering jewellery in a myriad of bright and sparkling colour. Black, the dress code of the west is nowhere to be seen.

The environment is a rich, lush green. Green grass, large leafy trees and abundant crops.  Coming from a country that has experienced drought for the better part of eight years, a healthy show of nature is a feast for my eyes.

Everywhere you look India is peppered with bright hues of yellow, magenta, red and green. Perhaps it’s easier if I just show you a couple of examples. 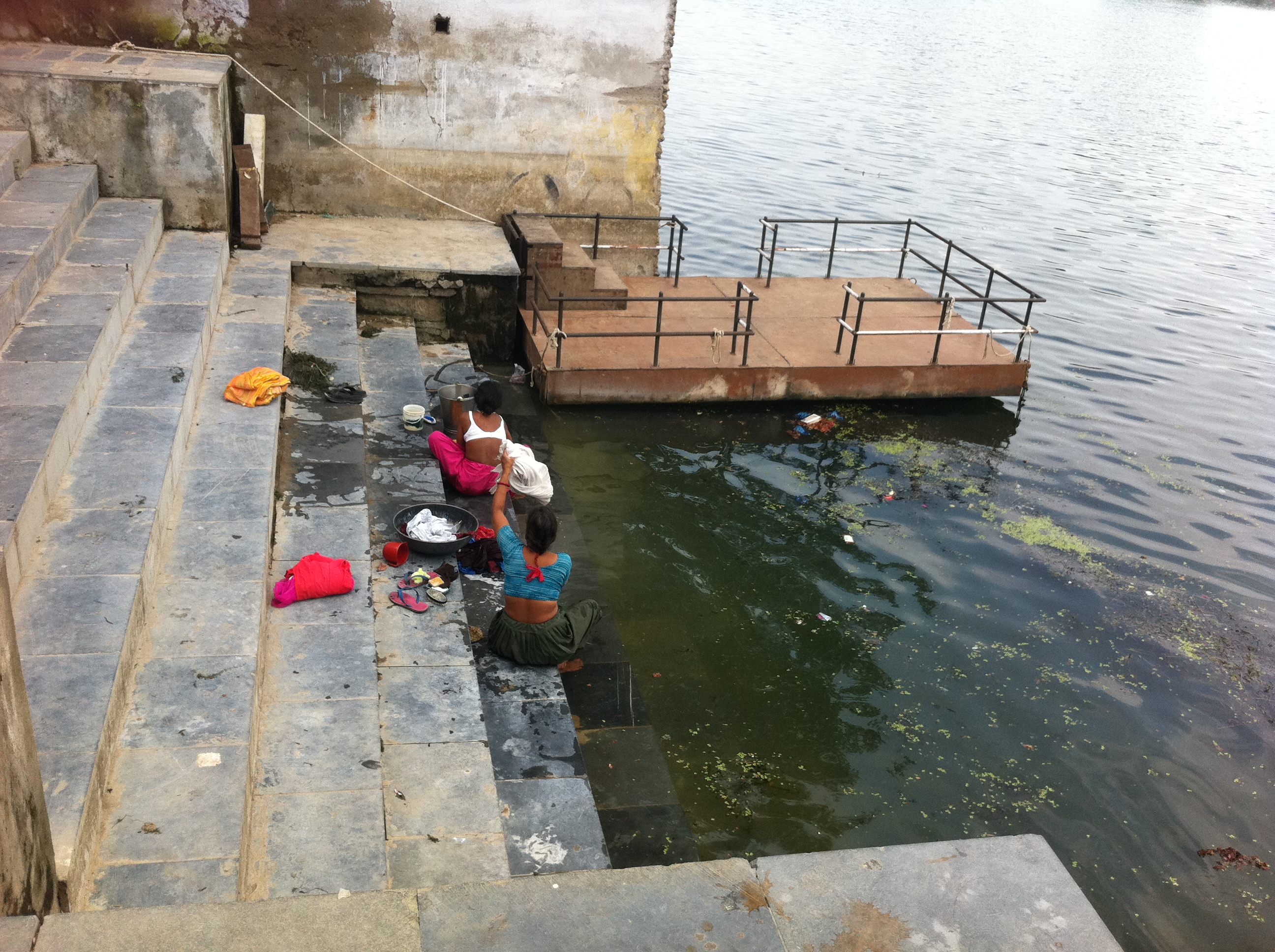 10 thoughts on “5 Things India Does Well”