I recently visited Gujarat, on a trip that was to see family and explore Kutch.  However on the way, I was fortunate enough to come across a couple of stunning structures that I had no idea existed in my home state. It always amazes me how some of the most incredible buildings exist in the such unassuming places.  It is one of the things that makes travelling around India so enjoyable, you never know what you’re going to come across in your journeys.

The small town of Modhera is home to one of only three sun temples in India.  I visited the most famous one in Konark earlier this year. Whilst less known, the Sun Temple of Modhera is no less spectacular than its more famous cousin.  Over 1,000 years old, the temple is designed so that the sun shines on it at is rises.

Before you reach the temple, first you pass an intricate step-well that has about 100 shrines. 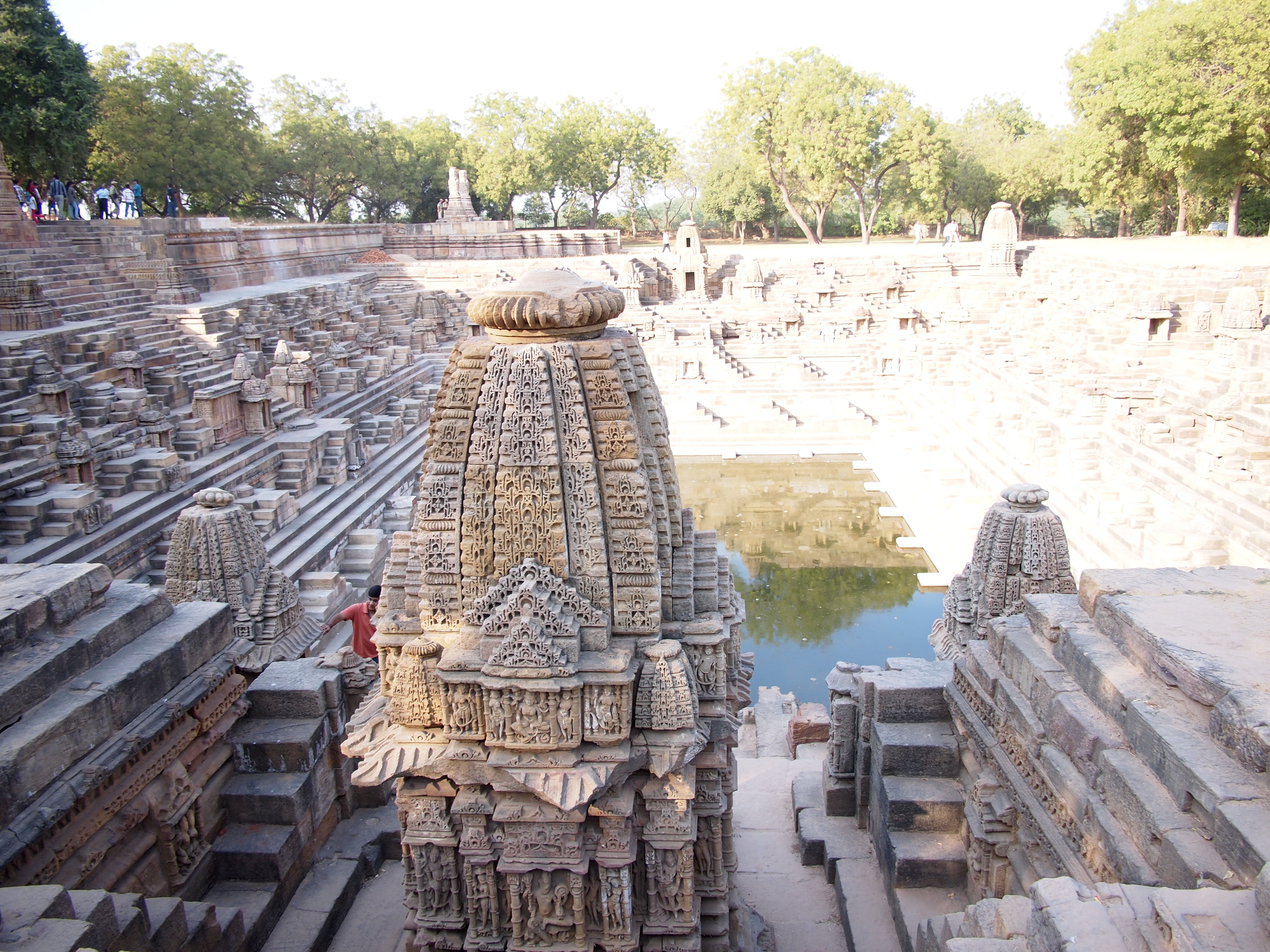 This well alone is worth the visit to Modhera. It’s beauty just can’t be adequately captured on camera. From the step-well you can see the temple, which like the Konark Sun Temple, has two separate buildings. 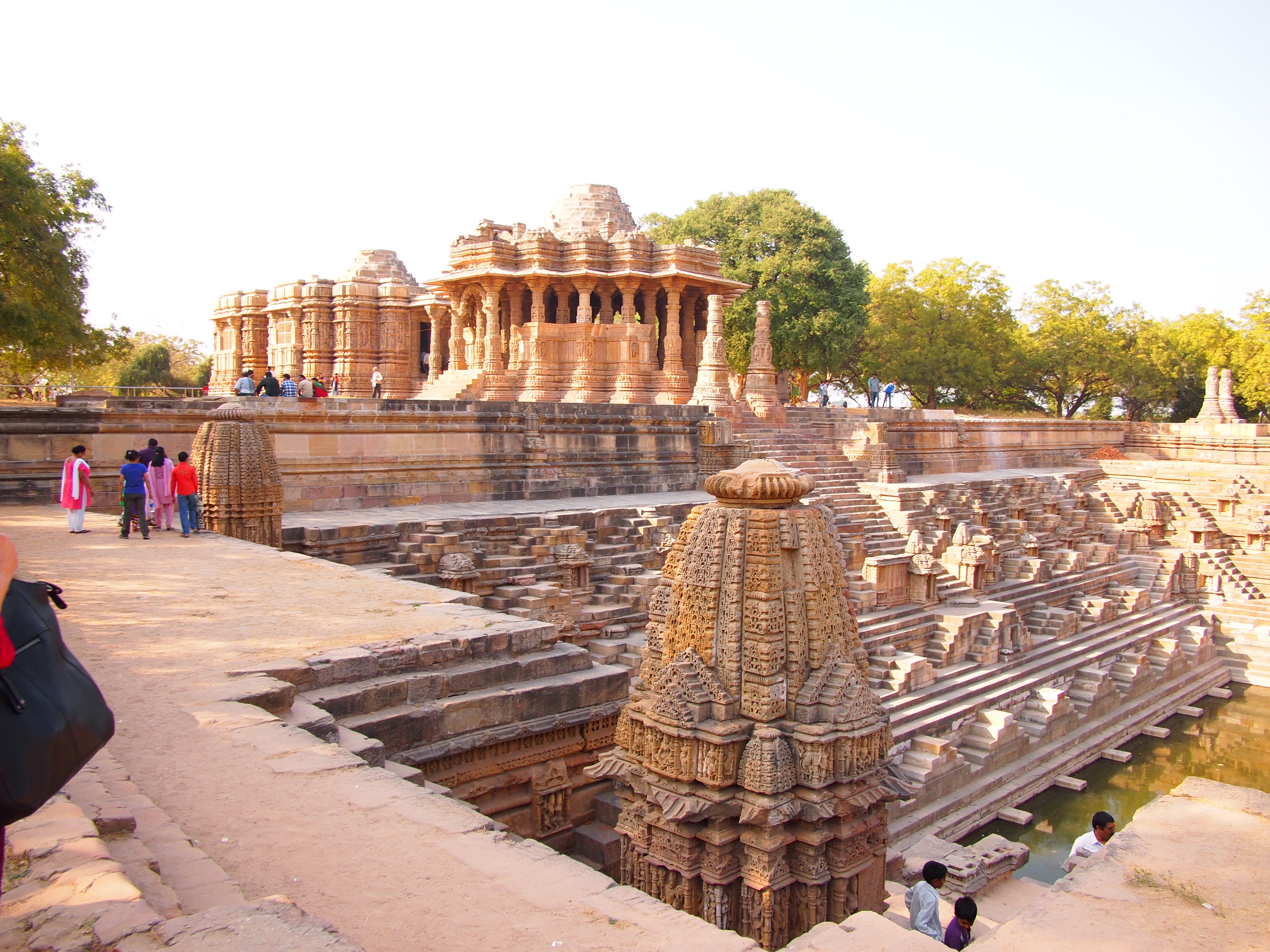 Both are very well maintained, with intricate carvings telling the stories of the Ramayana. 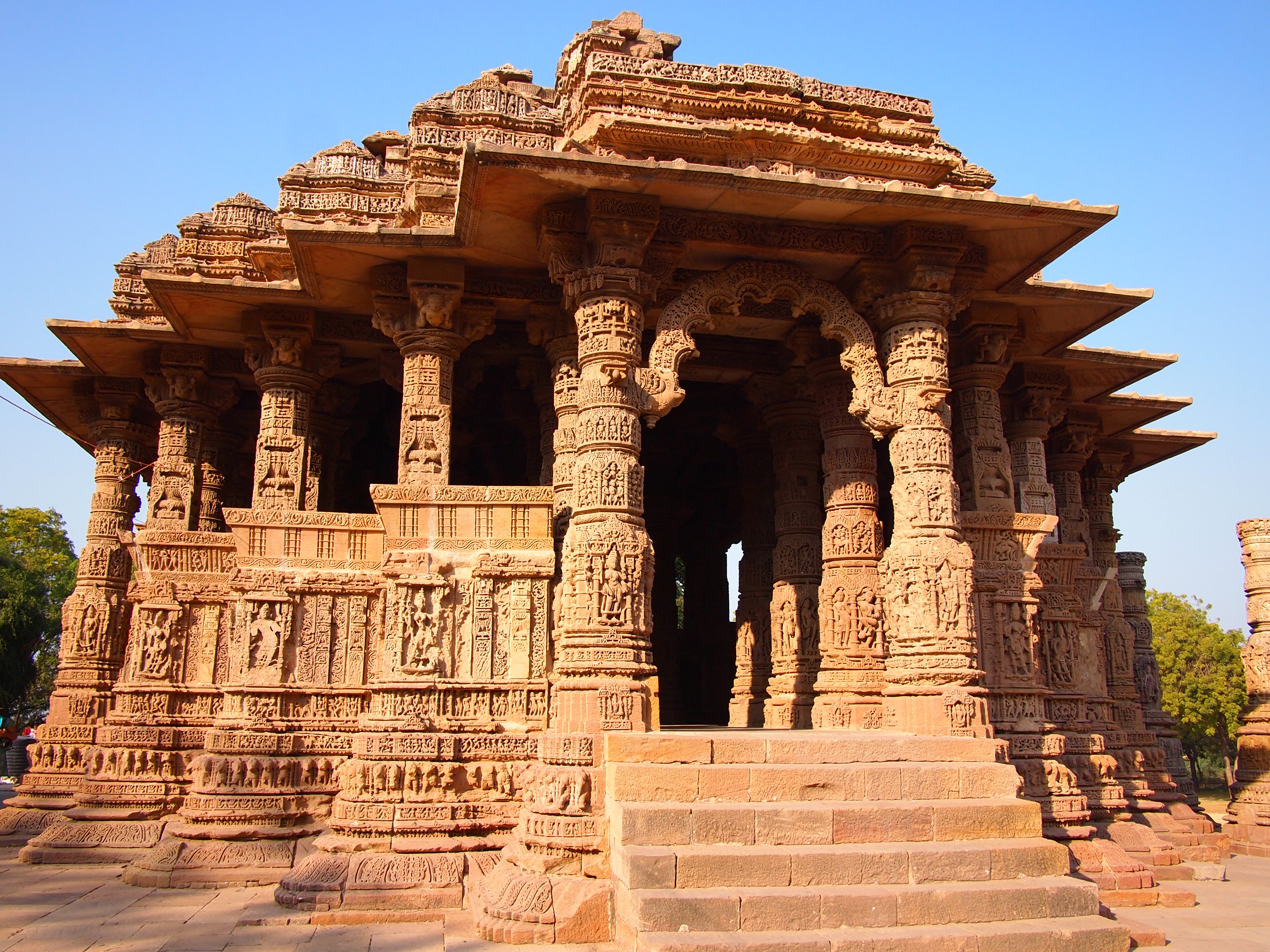 We then went on to visit another town nearby, Patan.  Patan is quite famous for its fabrics, but unfortunately the shops were closed the day we visited.  We were however advised to go see the local well.  Rather reluctantly I went along, after all my idea of the wells I had seen in India were usually deep voids with old water and not much else.

The well at Patan is nothing like this.  Known as the Rani ki Vav (the Queen’s Well), it was built over 1,000 years ago and only recently rediscovered.

The well itself is huge and rather deep. 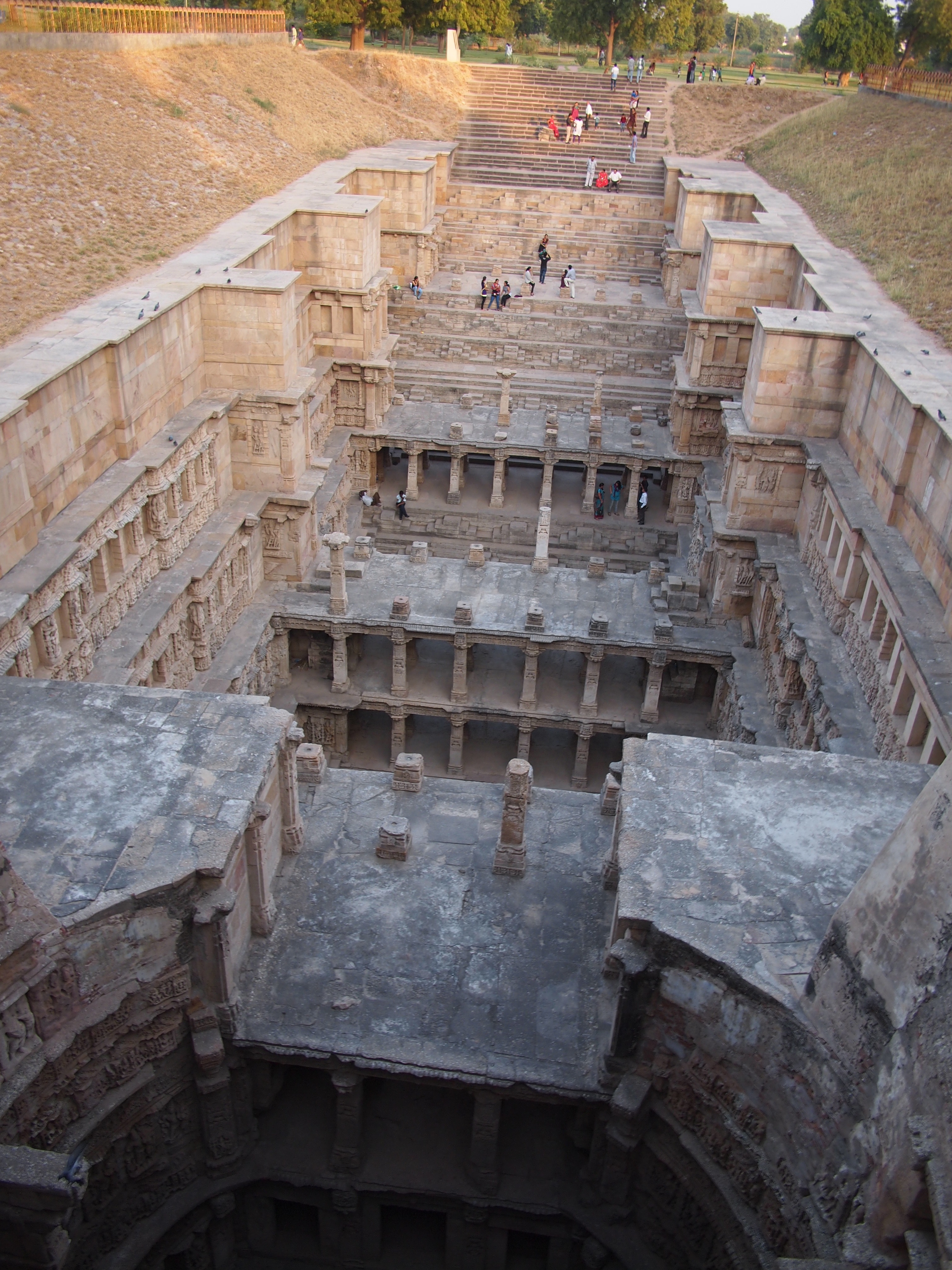 But it is the detail on the posts and carvings that line its walls that make it well worth the visit to Patan. 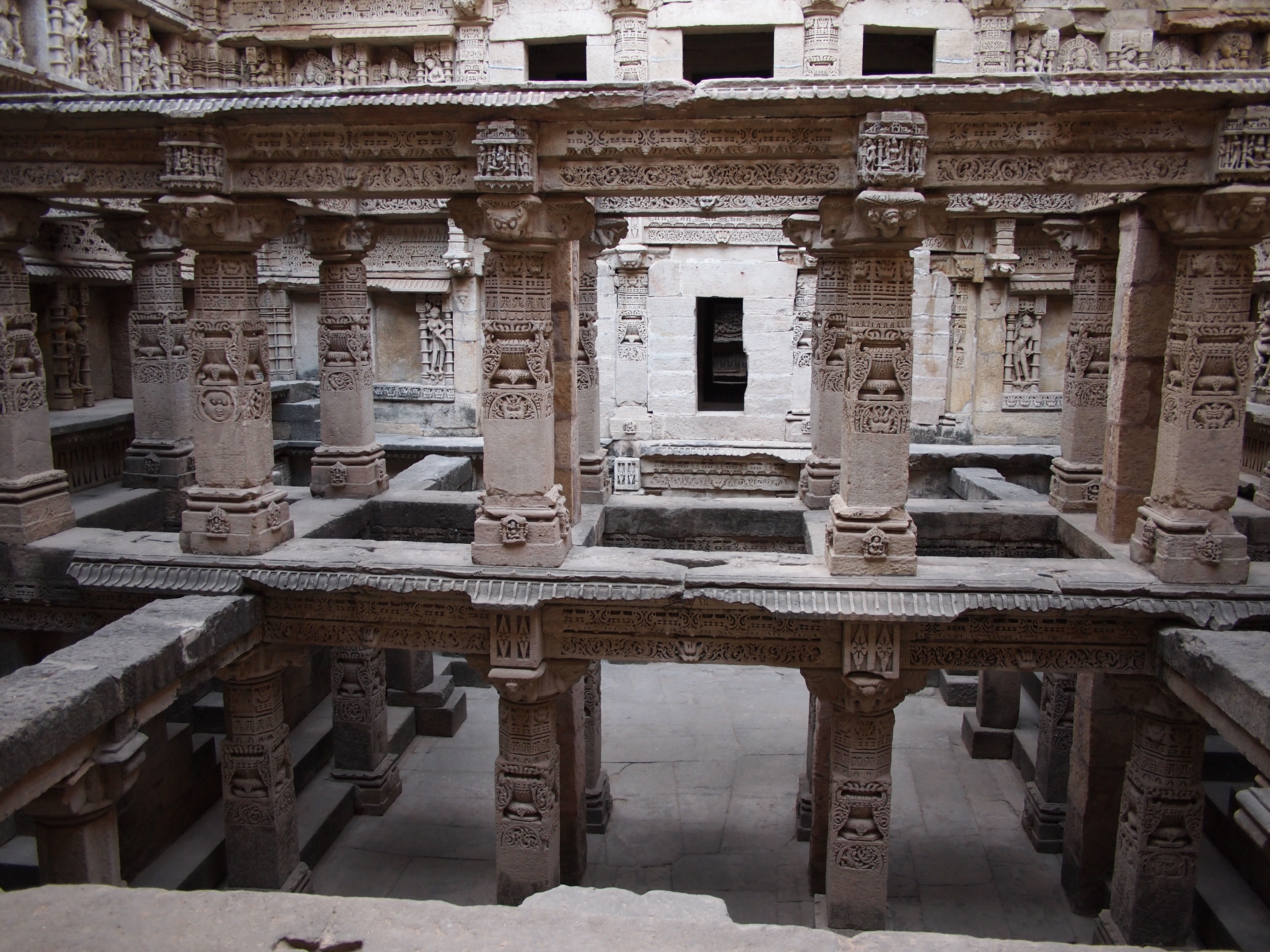 I have not heard much else about this Queen, but I suspect she must have been rather special to have this beautiful well built for her.

5 thoughts on “Hidden Treasures in Gujarat: Modhera and Patan”