I took the bus from Bagan to Mandalay, but rather than going on the brand new freeway, we took the scenic route through central Myanmar.

While it may have cost me a couple of hours of my life, the journey gave me the time to really appreciate what it’s like to travel in Burma. We stopped pretty much every 15 minutes to let someone on or off the bus, taking a glimpse into the everyday life of the Burmese as we went along. Sunflowers lined the roadside for much of the journey, occasionally giving way to small villages or crops. It was lovely.

Mandalay itself was a large city, a little bit of a shock to the system after the peacefulness and spirituality of Bagan. Thankfully my first stop took me out of the hustle and bustle of the city and to the town of Amarapura, the home of the U-Bein Bridge. Built in the 1850’s, this striking bridge is made almost entirely of teak and stretches out over a kilometre in length.

Surrounded by fields, it is a picturesque site. 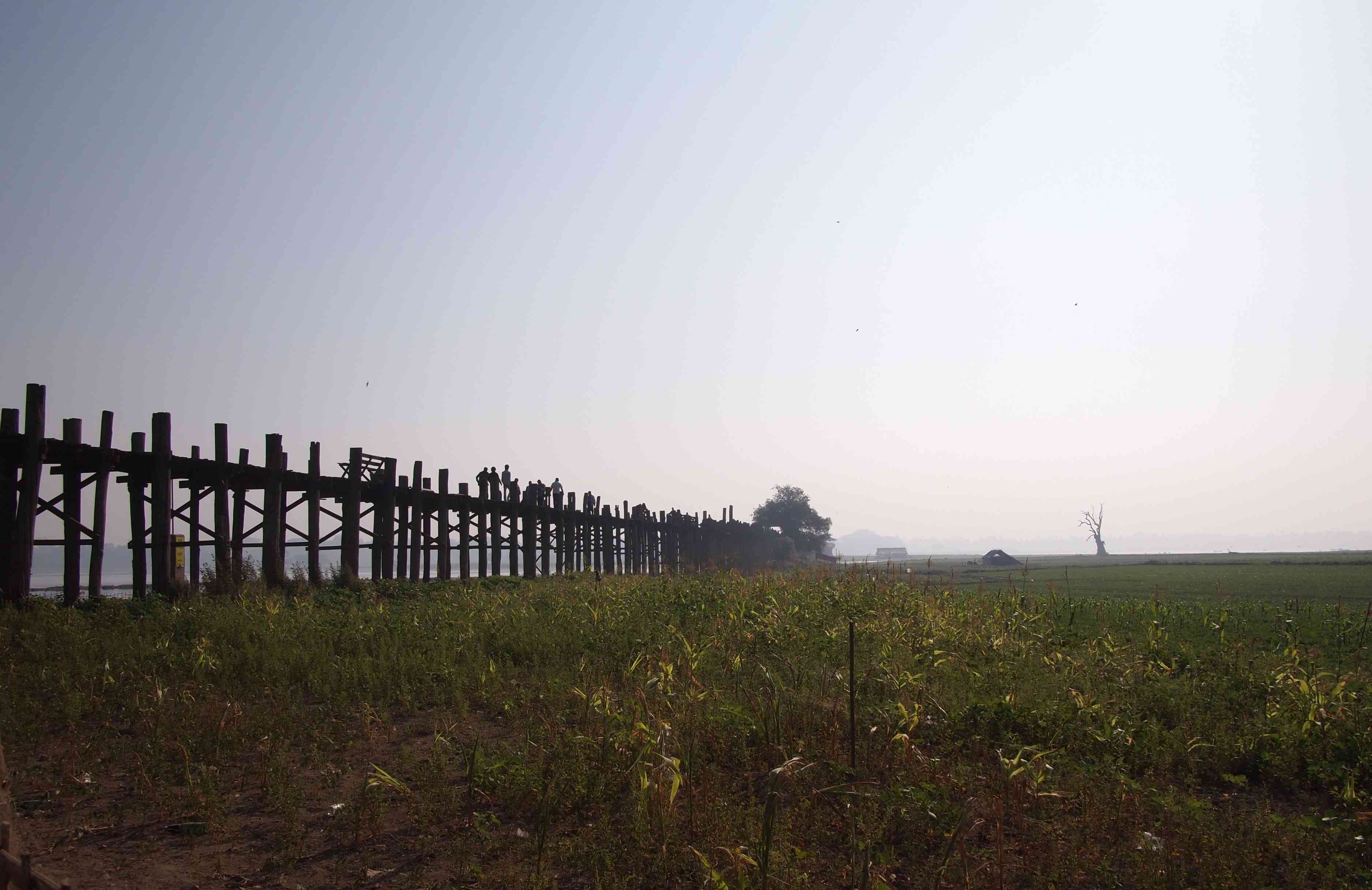 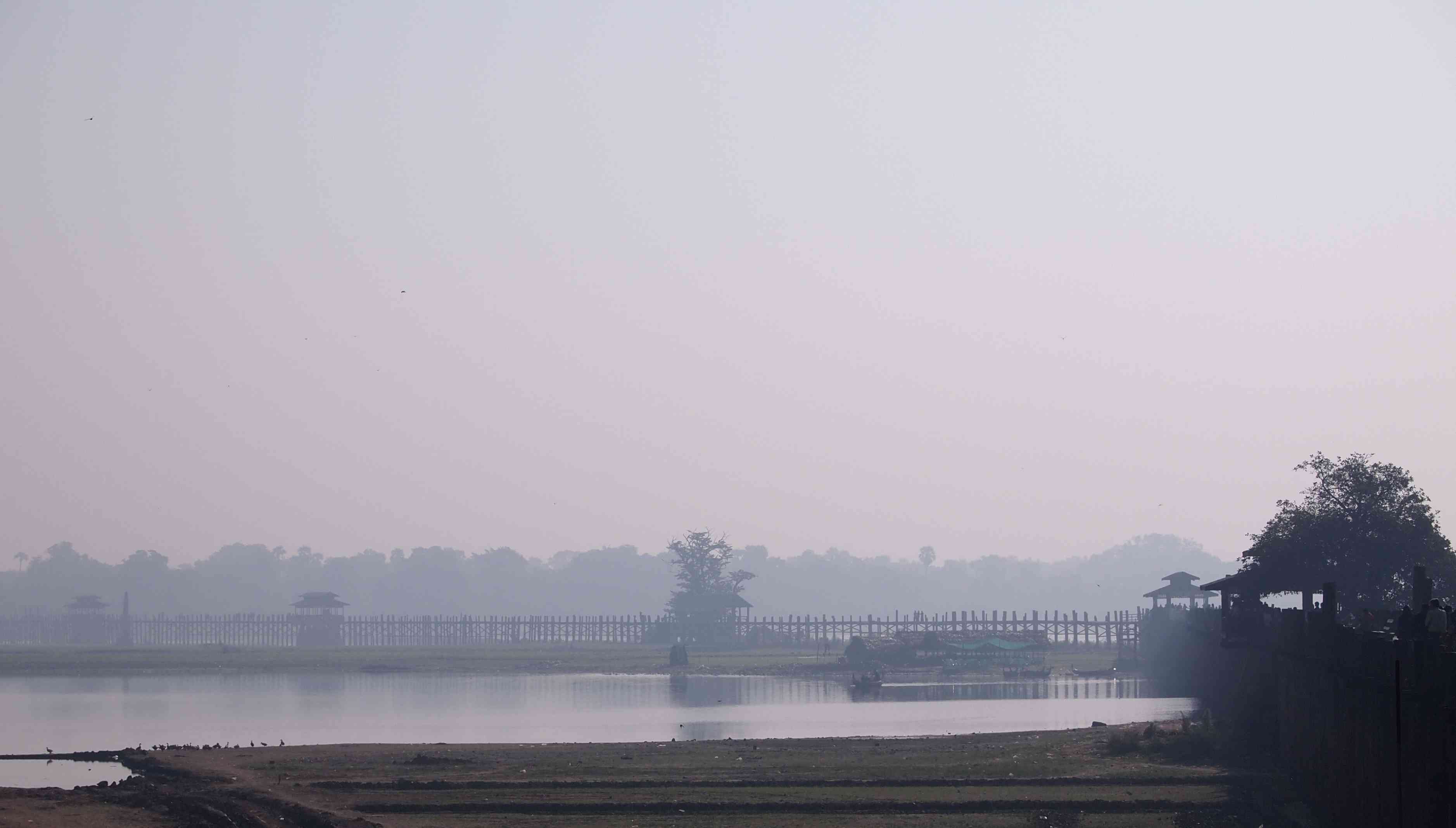 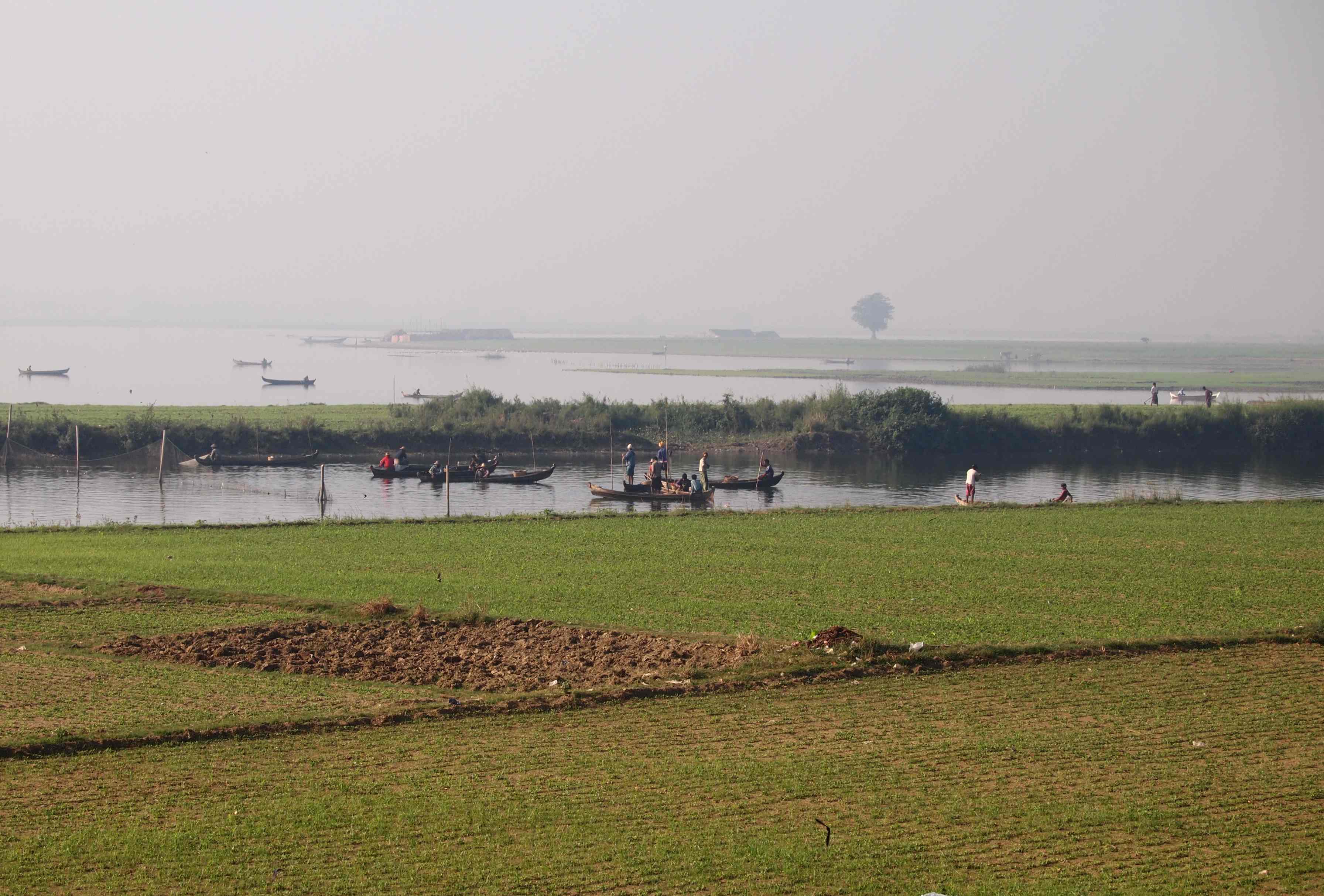 I then headed to Mahagandayon Monastery where about 1000 monks sit down for their daily meal each morning. They do not eat after midday, and the meal has become quite an event. From where I stood, it was quite a tourist circus and one I would suggest people avoid. I felt sorry for the poor monks who just wanted to practice their religion in peace. 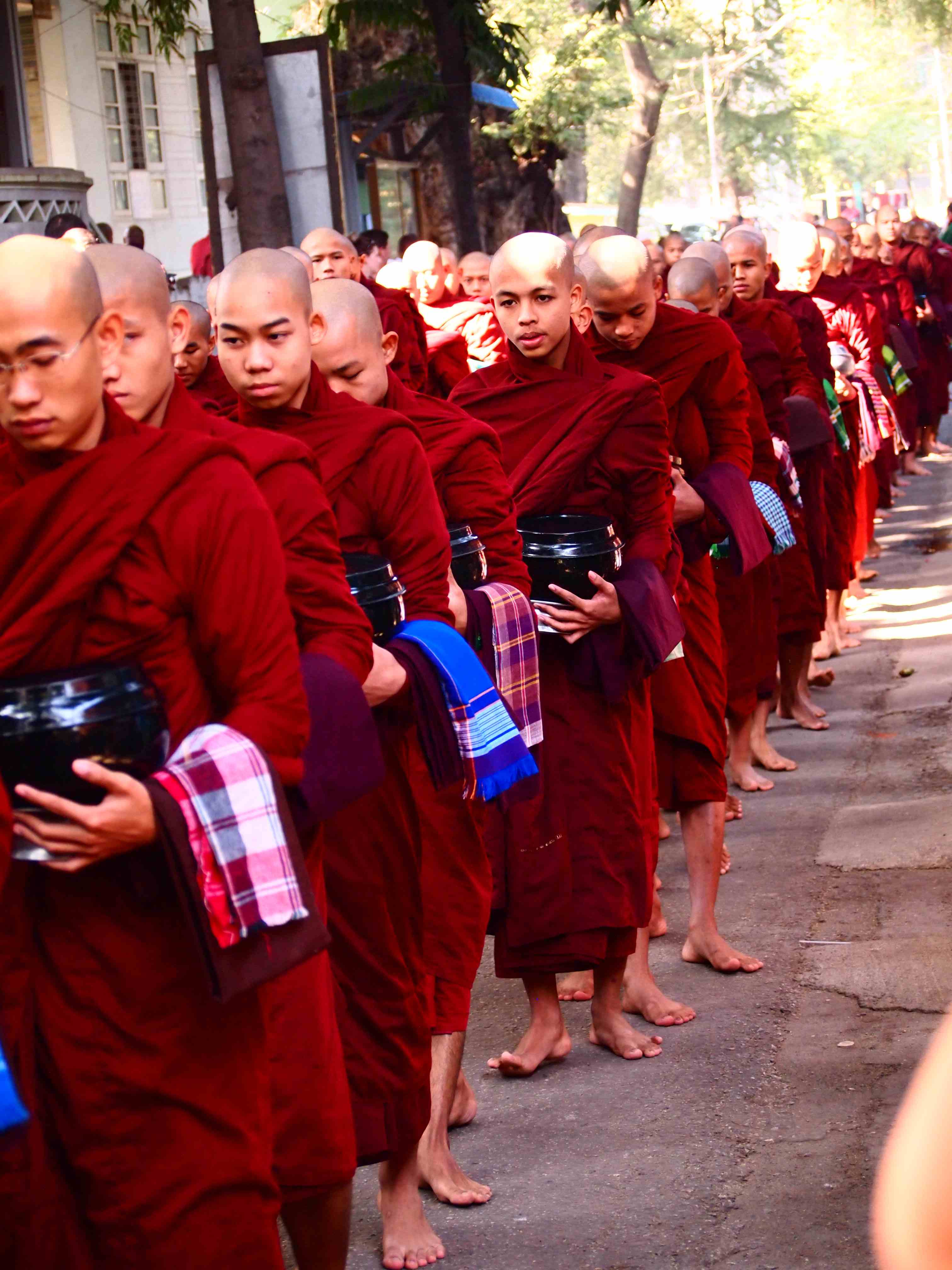 There was plenty else to see in Mandalay, from the gold leaf beating district, where gold is beaten into the thinnest sheets that are then used to adorn Buddha statues and pagodas around the country. Several pagodas and Mandalay Palace are also worth visiting, but they just didn’t compare to the marvels I had witnesses at Bagan.

I made the climb up to the top of Mandalay Hill, which is a great vantage point from which to see the breadth of the city. The temple on top is a spectacular treat of colours of mirrors. 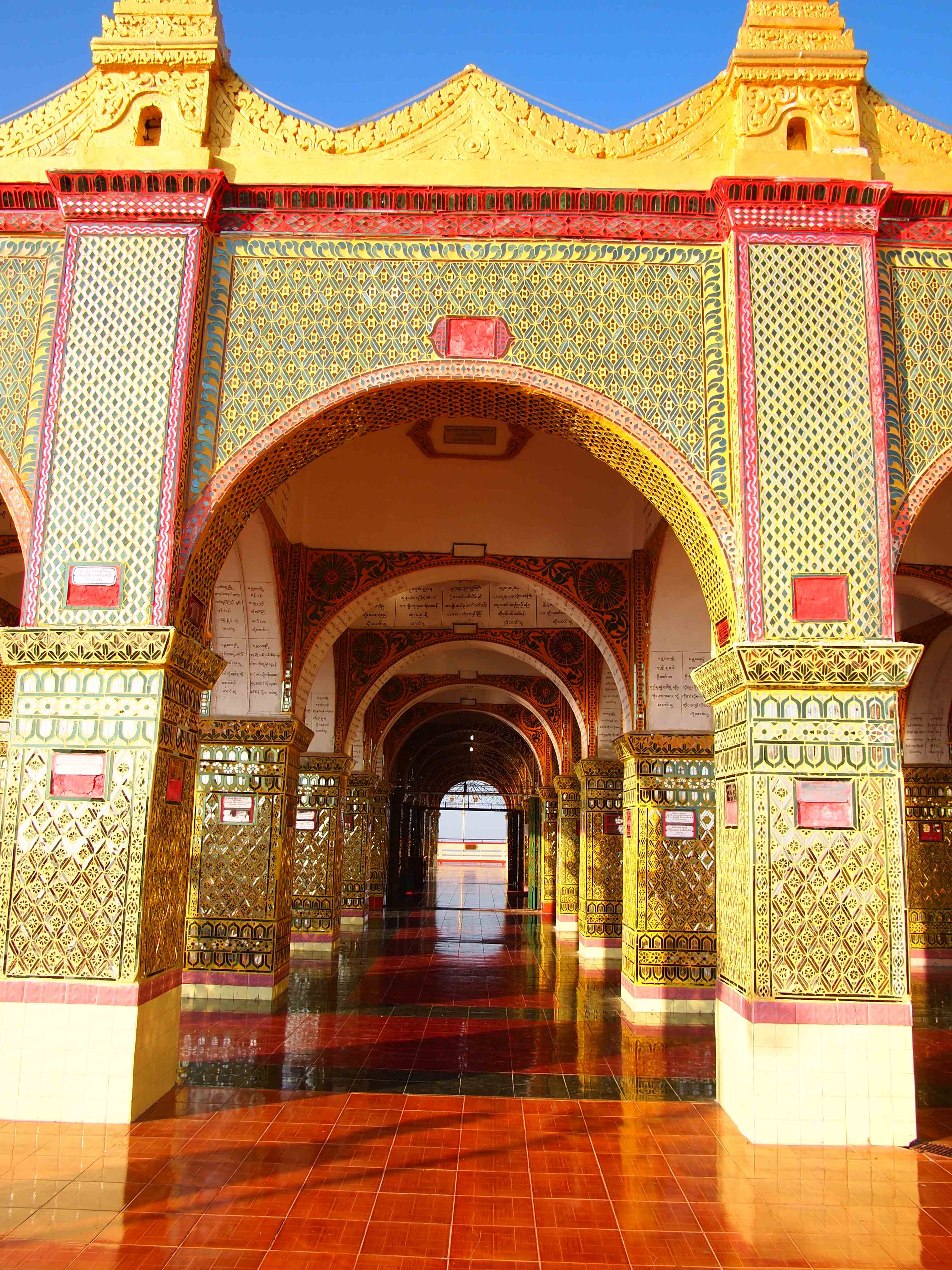 And of course I couldn’t resist taking the obligatory selfie. 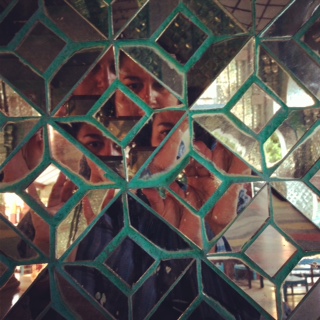 While it is a sweet town, I could honestly take or leave Mandalay. Compared to the other things I saw in Burma, it just didn’t compare. The highlight for me though was bumping into my high school geography teacher there. Seriously, what are the odds?