This week I celebrated two years of living in Bombay.

To be honest, I never really believed that I would stay here that long, but now Bombay does feel like home. I have close friends here, established networks and am eking out an existence here. In many ways I am comfortable here in Mumbai, but in others it still feels quite foreign to me.

In my opinion, Mumbai is one of the most brutal places on earth.

The city is seething with humanity. In order to survive here I feel you have to put yourself first. If you don’t no one else will. This is a lesson that I have unfortunately learned the hard way. From the man who backed his car into me last week and then continued to try and drive over me even after he saw me, to the huge multinational company that took all my honest work and now won’t pay my invoice or even answer my phone calls. If you don’t look out for yourself first, don’t expect anyone else to. This ethos permeates every part of society.

The city is cramped and crowded. I realised last week that most locals don’t even notice all the people around them anymore. Sitting in a movie theatre I became aggravated as the man in front of me continued to talk on his phone halfway through the movie. I mentioned it to my friend who wasn’t bothered by it because he simply hadn’t noticed. A true Mumbaikar has a unique ability to filter out those around them. It’s their coping mechanism and it works for them. Whether its a person talking in the theatre or someone defecating in the street, many locals have just learned how not to see or hear it anymore.

That’s not to say that Mumbai hasn’t changed me. It certainly has, and in some ways for the best.

I appreciate what I have in life so much more now. It isn’t just that superficial feel that many tourists to India have, where they see people living on the streets and realise they have it good within the confines of their comfortable western world. I am also grateful that as a woman I have choices; choices that many women in India could never even dream of. I was never forced to marry someone I don’t know or love. I have never been sexually abused, forced to abort a child against my will or been beaten. I have been afforded basic human rights that so many women here don’t have.

Mumbai has also given me an appreciation of colour and some of the simple pleasures in life. I now wear brightly coloured and slightly ostentatious clothes and jewellery. Coming from Melbourne where black is the colour of choice, it’s a huge shift to now adorn myself in bright jewels and drape myself in vibrant colour. That said, some of my friends here still think I wear too much black! 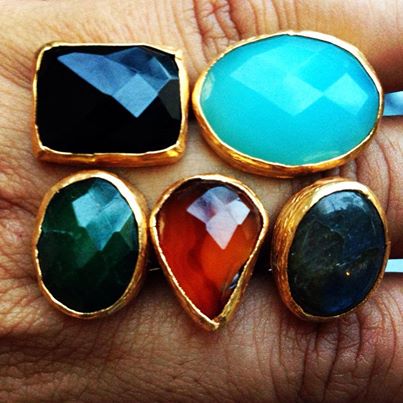 Mumbai has also forced me to be a little less introverted than I was before. As I work for myself from home, it’s quite easy for me to never see or meet new people. But I’m a social creature, so I have had to force myself to attend networking functions, ask people out for a coffee and try and be a bit more extroverted. I would still prefer to stand by the wall cradling a drink at a function, but now I can at least gather up the courage to say hello and make conversation with complete strangers. While my social circle isn’t huge, I have close friends who I love and can rely upon.

Last but certainly not least, Mumbai has opened up my mind (and taste buds) to a whole new world of culinary delights that I never knew existed. I had never tried a Parsi Dhansak before arriving here, let alone Pav Bhaji. I also hadn’t experience Bengali cuisine, and tonight I’m cooking mustard fish! It’s no secret that I enjoy food, and I love that living in Bombay gives me the opportunity to experience a wide variety of Indian cuisines that I simply never knew existed before.

So while I still struggle with some of the less savoury parts of living in Bombay, and have considered whether I would be happier living in Delhi, for now I think I’ll stay put for a while longer.

I certainly never imagined that I would survive and thrive in Mumbai for two years, so who knows what the next two years of my life will bring?

Happy Anniversary to me 🙂

10 thoughts on “Happy Anniversary to Me : 2 Years Living in Bombay”