I was fortunate enough to spend New Year’s Eve and Day visiting two refugee camps on the Thai / Burma border (Burma is officially known as Myanmar now). A friend that I have been visiting in Thailand works on the border and offered me the opportunity to visit the camps and experience Karen New Year.

The refugees at the two camps I visited are primarily Karen. They belong to a Burmese ethnic minority that have opposed the Burmese government for over 60 years. Many were forced to flee the country and sought refuge in Thailand. Some of these refugees have been in camps for nearly 20 years, for many of the children the camp is the only home they know. As a refugee, they are not able to work or assimilate with the Thai community, and must remain within the confines of the refugee camp.

I may be naive, but as I had never been to a refugee camp before I wasn’t sure what I would find. I was surprised to find both camps felt a lot like I was visiting a large rural village.  As we drove in kids were playing a game similar to volleyball, with a ball that had been woven (like a basket). There were shops selling household goods and groceries along the dusty road, and stilted houses made of bamboo lined the riverside. Don’t get me wrong, there was certainly no signs of luxury here, a couple of houses had a satellite dish, but all were quite sparse. 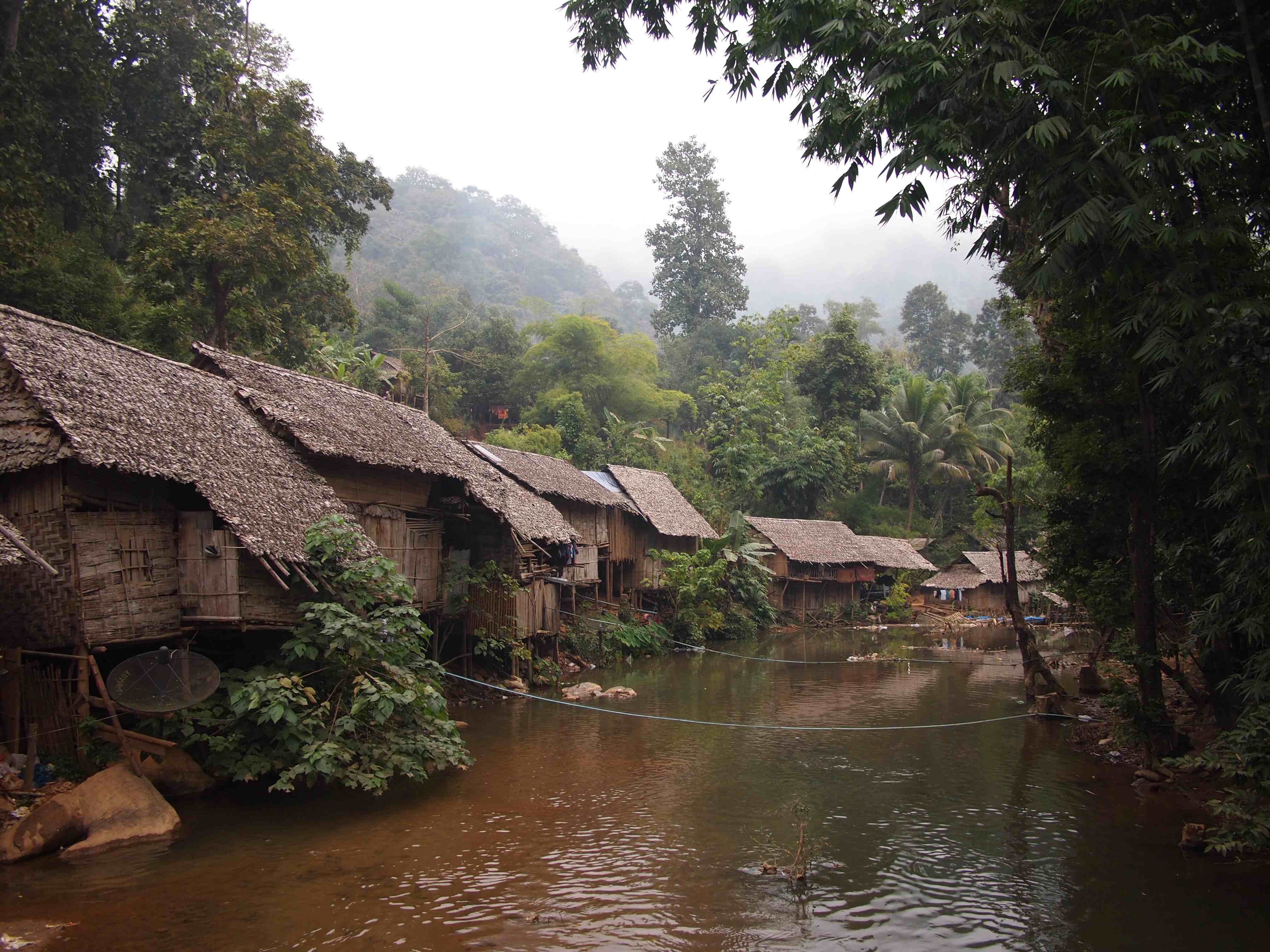 The camps are considered to be quite dense, with about 15,000 people co-habiting in the small area. It certainly wasn’t spacious, but it did look more roomy then the slums I am used to seeing in Bombay. The camps were also quite clean, I am not sure if this is an indication of the culture of the Burmese or the availability of amenities, but am inclined to think it might be a combination of both. Compared to the streets of Bombay, the camp felt impeccable. 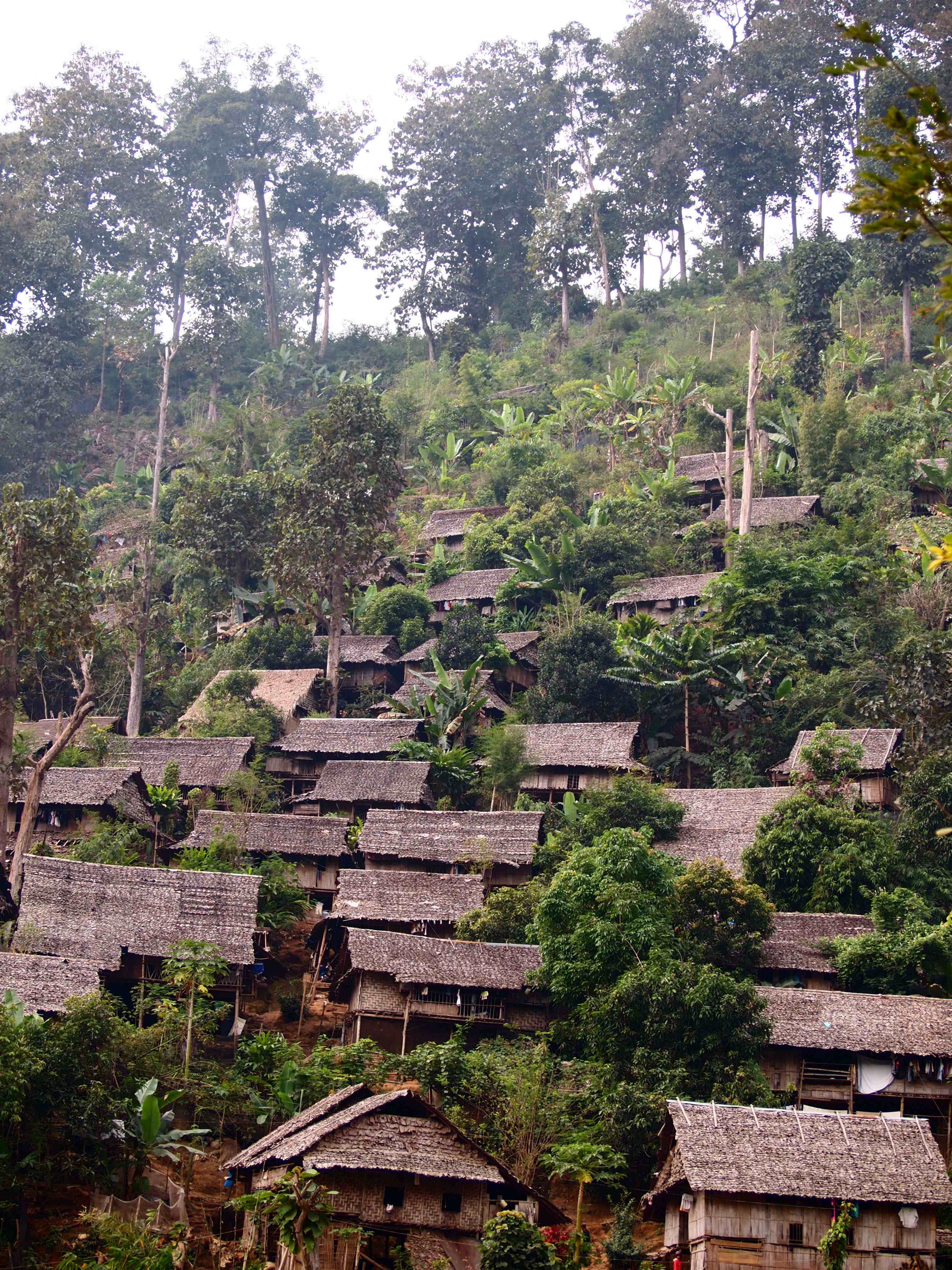 The people I met and saw indicated more about the stress and challenges of daily life in a refugee camp. Whilst children are educated in the camps, there are no options for them to develop. They do not have the freedom to come and go, let alone the choice to grow up and be whatever they would like. In reality their future is on-hold.

Basic food is provided by international organisations which includes staples such as rice, fish paste and vegetable oil. However fresh food, dairy and meats are not included, so people must find a way to provide this for themselves or go without. Many houses I saw had small vegetable patches, plenty of chickens were roaming around, but I only saw one pig. Given that this ethnic group jokingly considers pork to be one of its five food groups, this is telling of some of the other sacrifices that have occurred over the years. Given that people can’t just go and get a job outside of the camp legally, their options to earn and provide for themselves and their families are significantly restricted.

There are have been many resettlements in this community to the US, Canada, Australia and other countries around the world. For some, this has brought some wealth into the camp, as relatives send money and gifts to them. I met one man in the camp who had an Apple iPad! It’s use would be limited though given that the region was too remote to have proper internet connectivity.

That said, the actual options that refugees have upon resettlement are limited, particularly if they have not had the opportunity to access sufficient education in the camps (and as they can’t leave the camps, the opportunity for further education doesn’t really exist). This poster that I found around the camps is used by the US as a means to educate resettlers about what “Work” in America will likely be. As you can see, there certainly aren’t any doctors or lawyers in there. 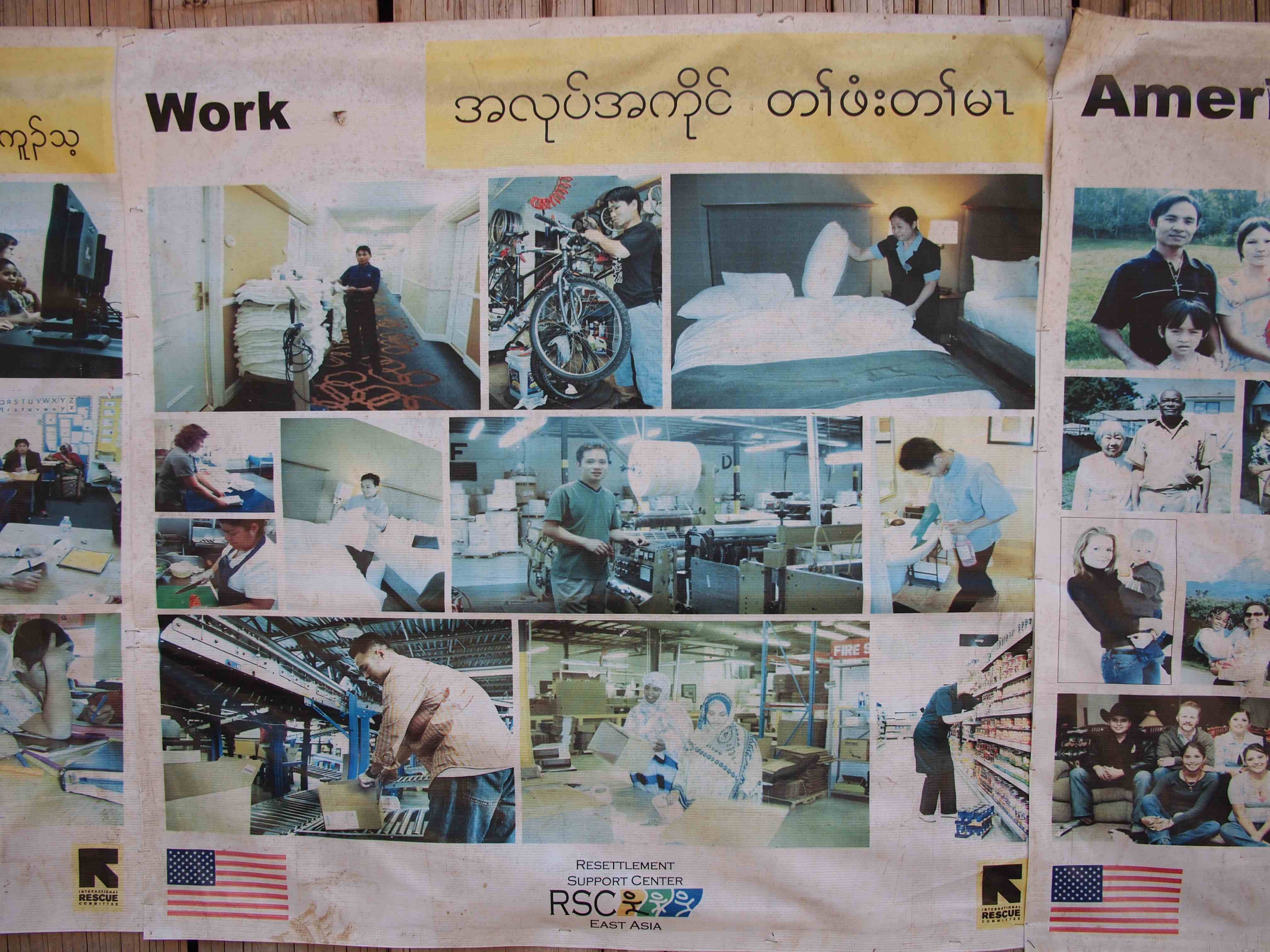 Whilst some have been able to build a life in a new country, many would just rather return home. So they wait.

Despite the challenges of life in the camps, there is clearly strong unity towards each other and their cause. Karen New Year coincidentally fell on New Year’s Day this year, and I was fortunate to be part of the celebrations on New Year’s Eve and on the morning of New Year’s Day. In the evening, everyone gathered at the football field and had a lively concert that included signing, dancing and short plays. Food stalls were set up, selling all types of delicious treats and there was an exhibition of traditional Karen crafts and activities. It was a fascinating insight into this community.

The next morning a very orderly but colourful procession preceded formal speeches as part of the New Year celebrations. I couldn’t understand the language, but it seemed to be a meeting of solidarity amongst the people. 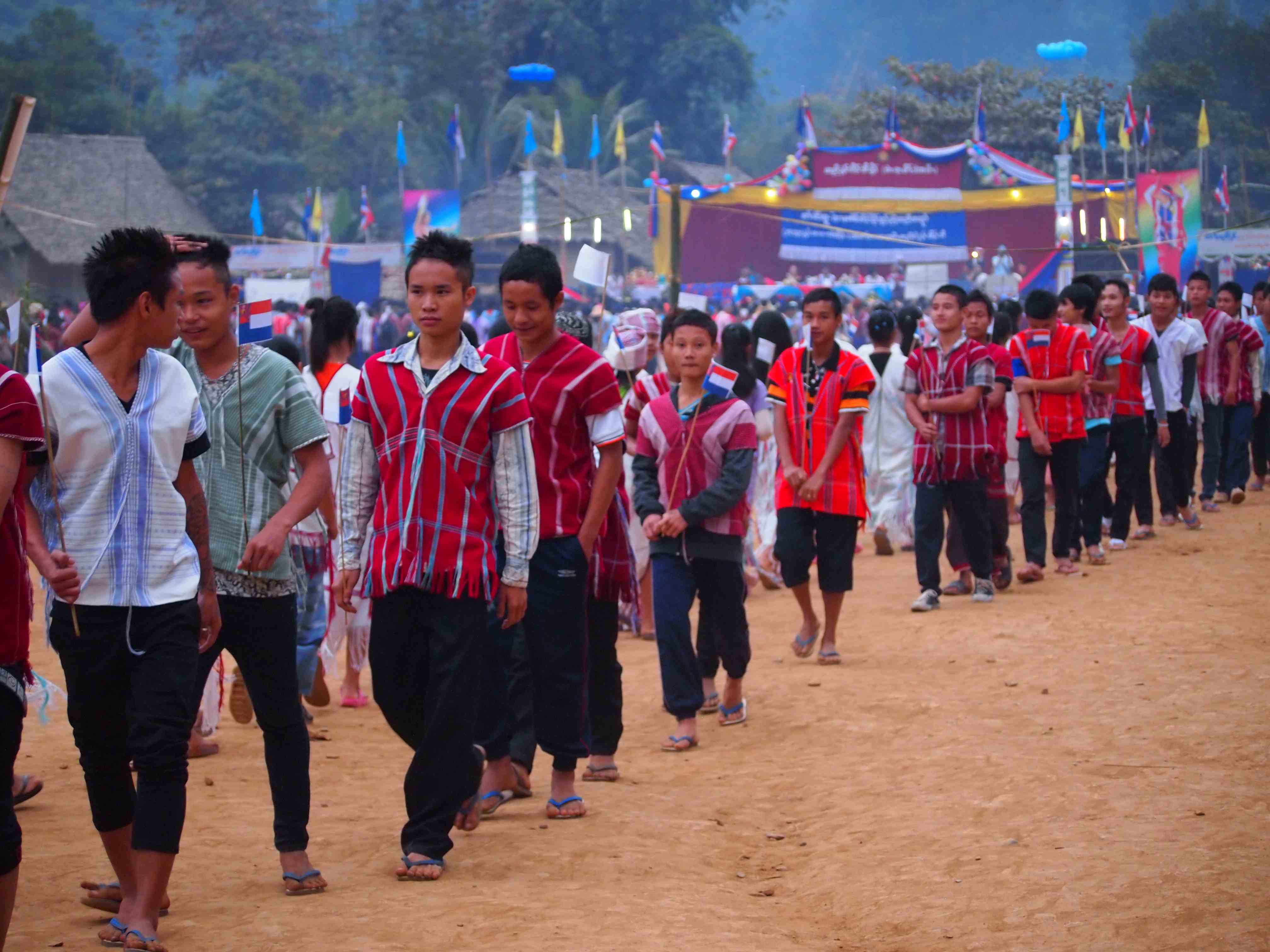 Being witness to these celebrations said a lot about human nature. Despite the adversity of their situation, there was still room for people to celebrate, have a laugh and come together to support each other. It was a humbling reminder to me of just how fortunate I am. After all, I have my freedom, which means there is plenty for me to be grateful for each and every day.

One day soon, I hope the warm and welcoming people sitting in these border camps have the opportunity to experience the same.

3 thoughts on “Life in a Refugee Camp: Thailand”