Rajgir is a small town in Bihar about 2 hours by bus from Bodhgaya.  I was a little apprehensive about going there as Bihar has quite a bad reputation; it is known for being unsafe, particularly for women, lawless with bandits being common place (so I was told), so I was on my closest guard.

As I boarded the bus to Rajgir, a man pushed through the crowd and pointed at me and yelled “how much?” then let out a rather evil chuckle. I had my 20kg backpack on my back and was not in the position to really fight or run, but before I could respond the bus conductor gave the man a swift thump to the back of his head and told him to go away.  It seems someone was looking out for me.

Arriving at Rajgir bus stop it became quickly apparent that this was not a tourist town. No one batted an eyelid as I got off the bus, and I had to walk 50m before I could find someone who looked remotely interested in taking me anywhere, but it wasn’t a rickshaw driver…it was a horse. The main transport available was horse tonga (essentially horse and cart).  It is certainly a bit of treat to travel at a leisurely pace and watch the world go past you whilst looking down on a horses mane. 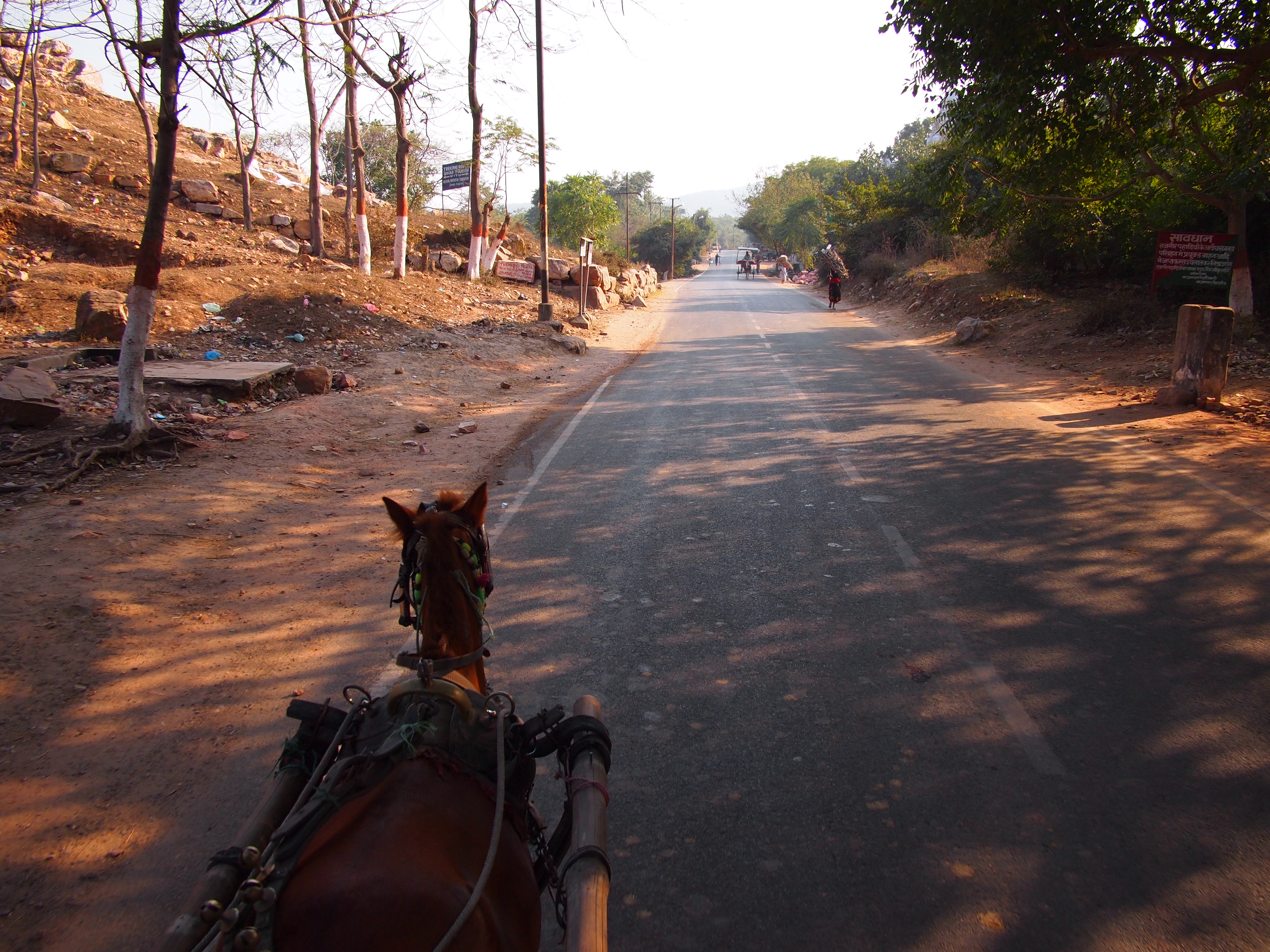 View from the Horse Tonga

Rajgir is home to several Jain and Buddhist temples. It’s most famous is the Vishwashanti Stupa, a Japanese Stupa built on the nearby mountain overlooking the town.  It was here that I went with my horse tonga.  It provides a lovely view of the town and is quite a peaceful place to walk around and observe. 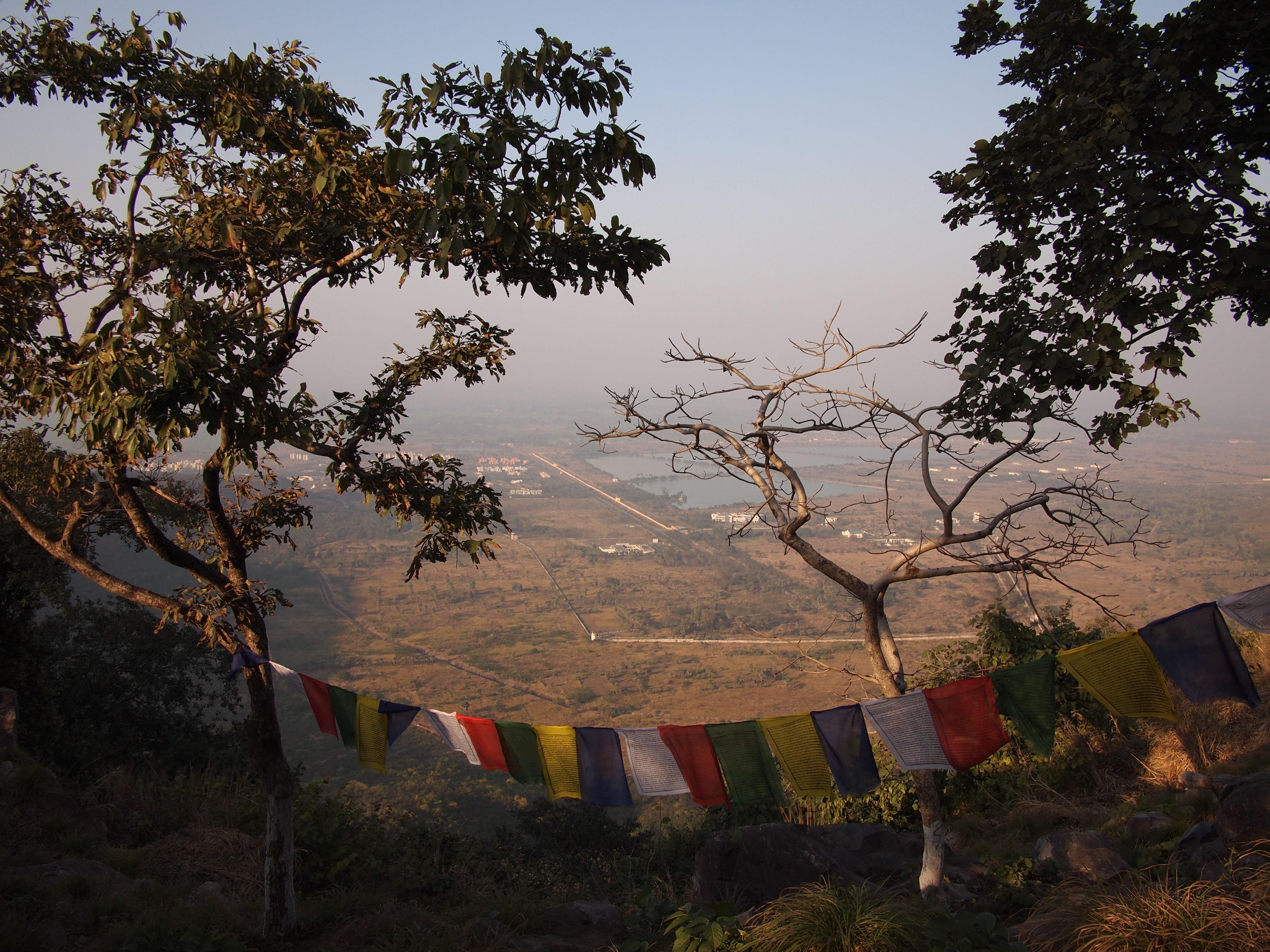 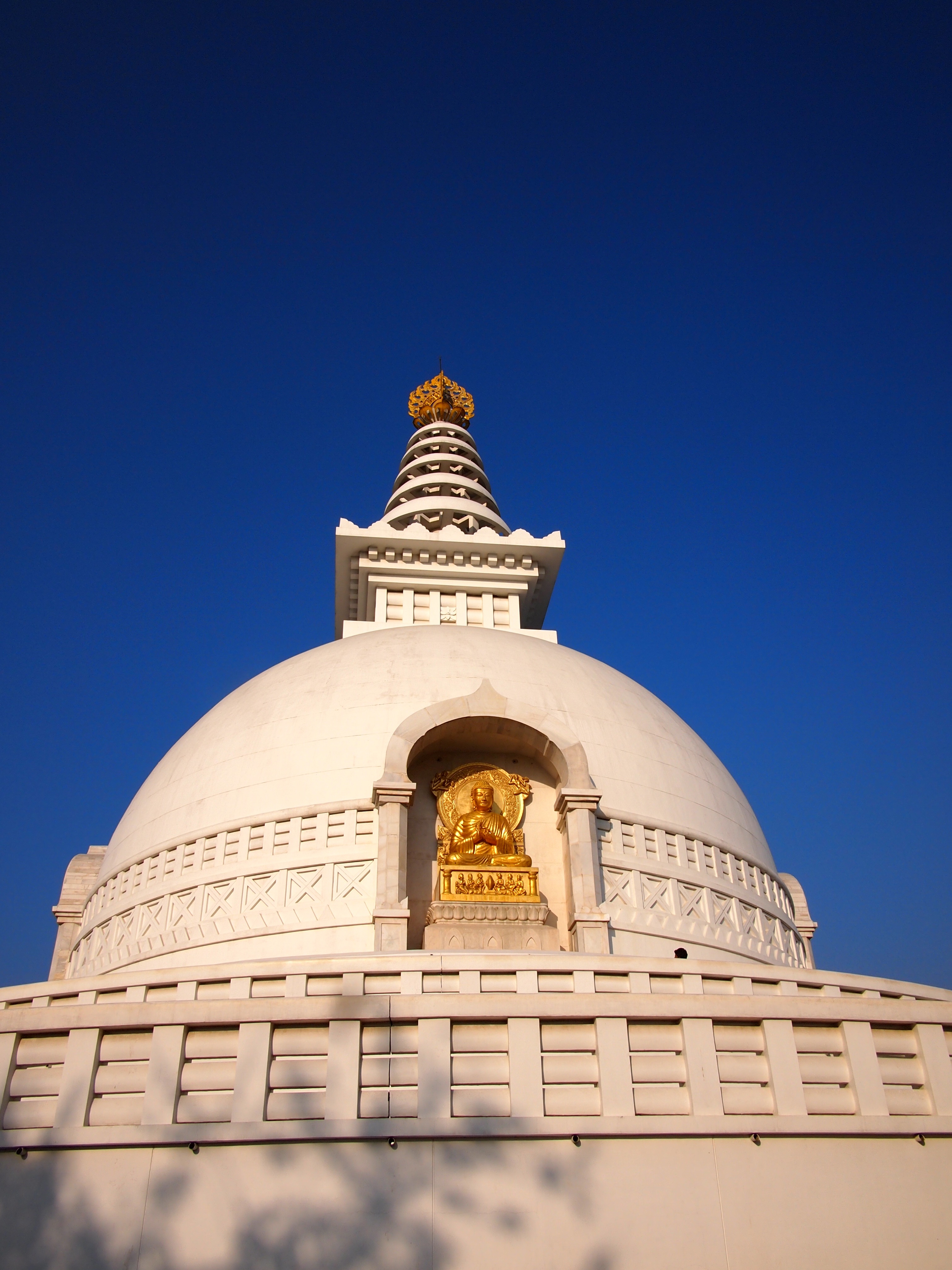 Nalanda is a nearby town that was home to an ancient Buddhist university, the remains of which can still be seen today.  I was amazed at just how big it was, with several monasteries and temples dotted around the grounds. It was impossible to capture the full campus in one picture, but to give an example of size, this photo shows one of the temples and some of the surrounding grounds. 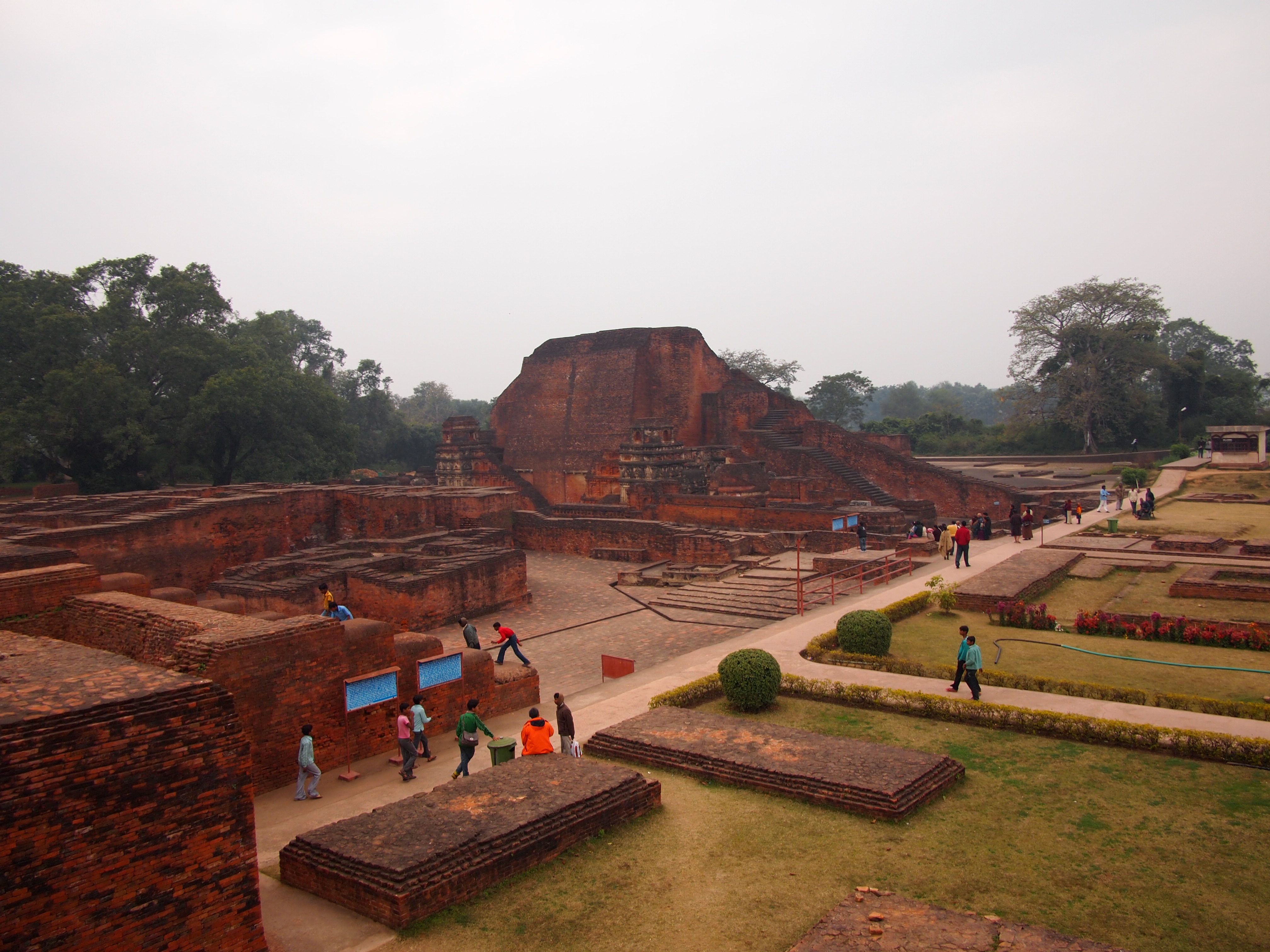 Coming from a country that has so few ancient ruins left, it never ceases to amaze me how well preserved some places can be. Some of the sculptures was not only intact, but the intricacy of the work could be readily seen. 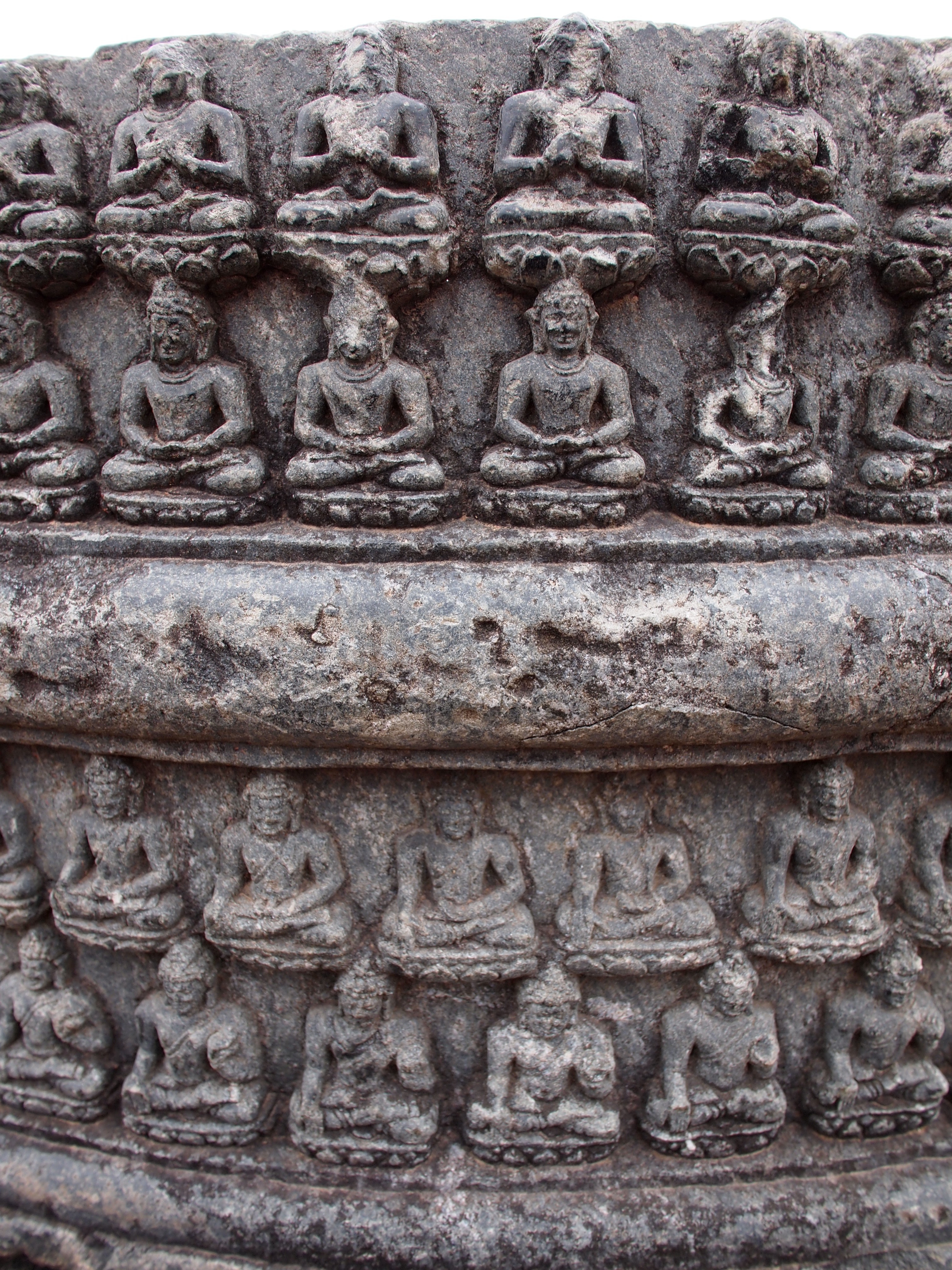 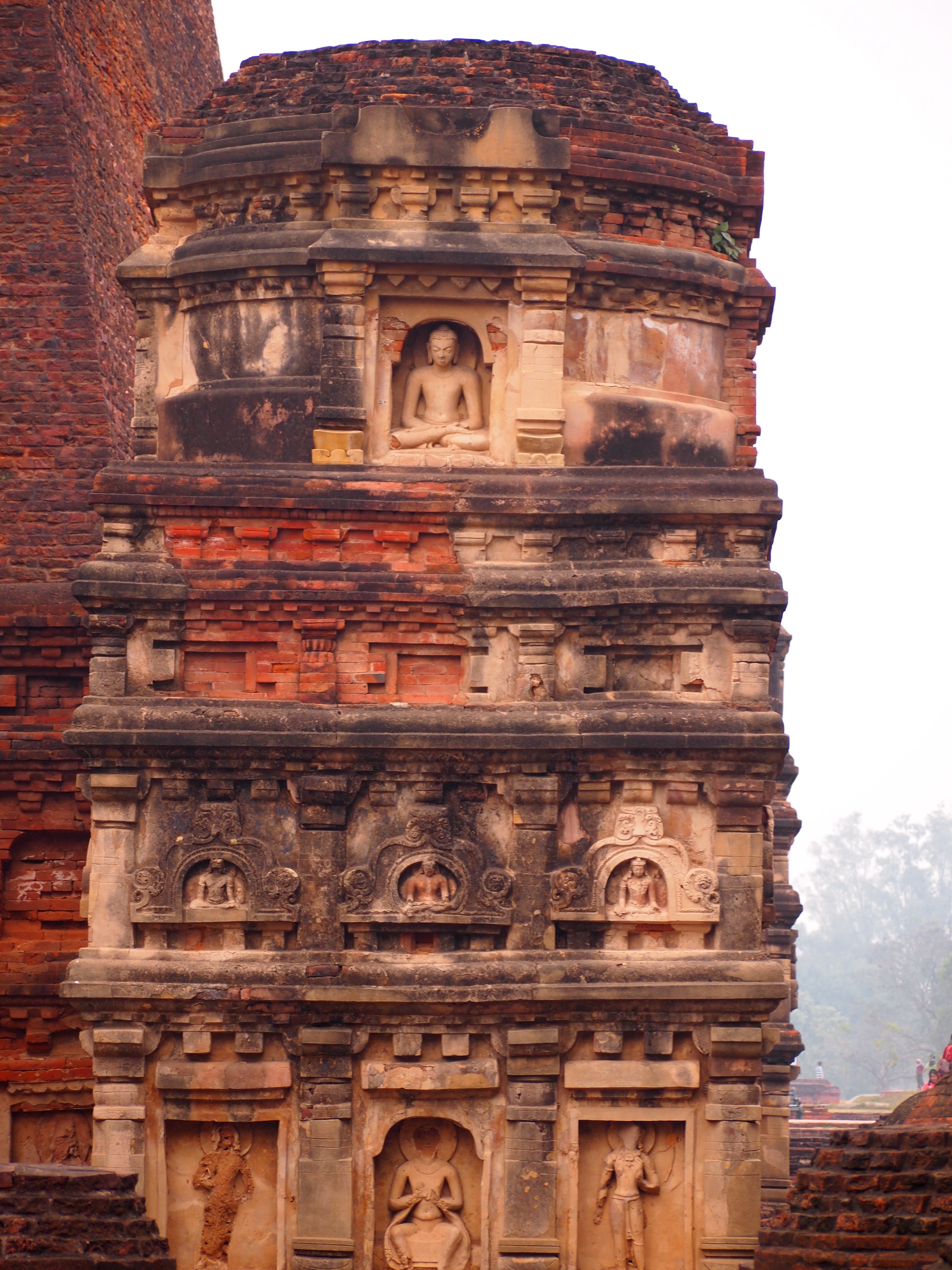 Similar to Bodhgaya, dotted around Nalanda are buildings that would be more at home in South East Asia, from a Thai monastery to a Chinese memorial.  It is the pleasant surprises like these that makes it worth getting off the beaten track and seeing places like this. I was however happy to be leaving, whilst I always felt safe in Bihar, I was safely locked in my room by sunset and was looking forward to regaining some freedom in more hospitable places.